BioMar eliminates cataracts in lumpfish with a new feed diet

Cataracts are unfortunately a common eye condition in lumpfish affecting at least 60% and as much 100% of fish with the average condition being a severe cataract level of >5 according to a recent study by BioMar. It also showed that the prevalence and severity increased with fish size. BioMar has now solved the challenges associated with diet-related cataracts in lumpfish with the launch of a new Symbio recipe. These Lumpfish Grower products will make a significant contribution to improving fish welfare and their lice-grazing efficiency.

Cataracts is the clouding of the lens of the eye which reduces vision and in serious cases will lead to blindness.  Lumpfish are visual lice grazers, and any impairment of their vision caused by sub-optimal nutrition will clearly reduce their health, welfare and performance. For lumpfish to be used effectively in controlling salmon lice biologically the cleaner fish must be healthy and alert.

“Lumpfish with severe cataracts will have difficulty in identifying and consuming nutrients, including salmon lice. Also, a reduction in feed uptake can undermine the general health of the fish, increasing the risk of infectious disease”, said Elisabeth Aasum, Global R&D Health Manager, BioMar. 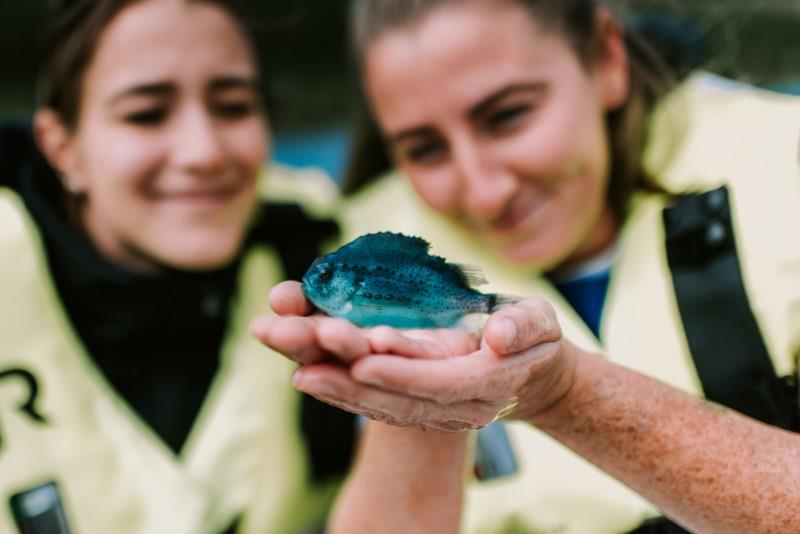 Past studies of cataracts in lumpfish have identified nutritional imbalances with high levels of specific amino acids in certain tissues. In a recently-completed controlled feed study, BioMar found a high incidence of cataracts in lumpfish fed a control feed with a protein and fat content typical for marine cold-water species. The incidences ranged from 60 per cent to 100 per cent with an average cataract score of > 5, in other words a high incidence of severe cataracts.

BioMar conducted the same study on three alternative fish feed diets and no traces of cataracts were found in any of these diets. The common feature of these recipes was a reduction in the content of both protein and fat when compared with the control feed. Much of the cause accordingly appears to coincide with the above findings.

Torunn Forberg the lead BioMar scientist on the research project stated, “a balanced reduction in nutrient density was decisive in avoiding the eye disease. Moreover, during the study, the reduction in nutrients did not have any negative affect on normal growth rates, feed utilisation and survival rates for transfer sized fish at 50g.”

BioMar has now implemented this new knowledge in their Symbio, Lumpfish Grower range, which is not only designed to improve the nutritional status but now the eye health of lumpfish. The absence of nutritional related cataracts will increase the performance of these cleaner fish and enables improvements in a range of areas. In addition to a solid boost to the health and welfare of the fish, it is expected that the effectiveness of the new recipe will be measurable in the form of an enhanced delousing capability. 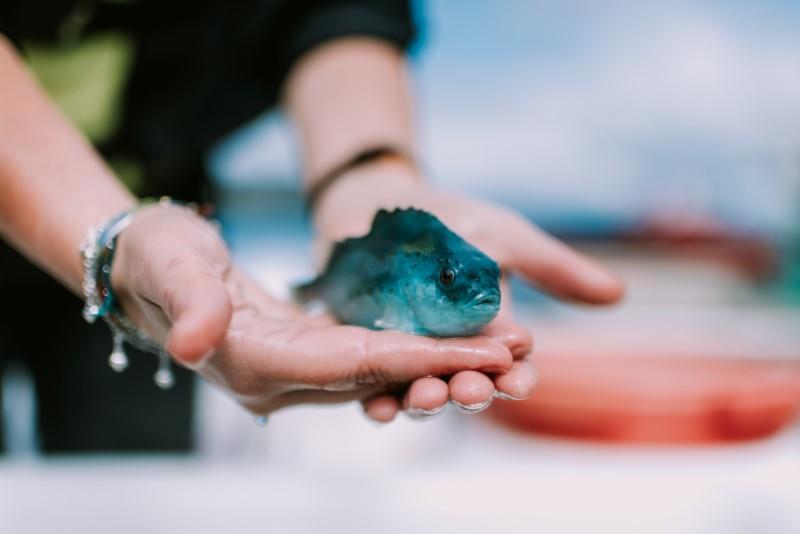