Aquaculture Europe 2017 attracted 1700 attendees from 62 nations, 396 presentations were given, 356 posters were presented and the exhibition area hosted 80 booths inviting everybody to step inside to learn more.

- To BioMar, events of this scale are an important meeting point for all that are interested in the development of the aquaculture industry, said Ole Christensen, Vice President of BioMar EMEA division and continued: - It creates mutual inspiration when many people sharing the interest for aquaculture get together. Fish farmers give input about their challenges, experiences and expectations to each other, to suppliers and to the scientific world. Researchers and especially the young people interested in aquaculture have easy access to learn in what way they can serve the industry. BioMar as a feed supplier, too, gets a close contact to our cooperation partners. To us, exchange of knowledge and giving inspiration to the innovation and sustainable growth of aquaculture are core reasons to support the Aquaculture Europe conference as a Gold Sponsor.

At BioMar’s booth the ambitious members of BioMar’s recently established hatchery business unit team met with the industry and explained how they will contribute to make a difference in this segment of aquaculture business.

BioMar made a serving of delicious smoked sea bass farmed in the clear waters of the Croatian coastline and also a huge “sustainable” birthday cake for celebrating the 10 years anniversary of the BioSustain concept. People met with Vidar Gundersen, Global Sustainability Director of the BioMar Group, who has been a driving force in the development of this ambitious concept launched back in 2007: - BioMar wants to lead and drive sustainable solutions in the aquaculture value chain and BioSustain, with its tools and methods, is our concept and programme to do so, he said.

In a separate session for invited customers, BioMar presented our latest news on functional yeast-based additives in feeds for marine Mediterranean species. The audience was very attentive and expressed a vivid interest in the very positive trial results presented.

BioMar’s global R&D team members contributed to various presentations on some of the latest research results obtained, be it on the growth performance of ballan wrasse fed on commercial diets at different temperatures, on new feed ingredients like krill meal supplemented feeds for the enhancement of growth and disease resistance and recovery in Atlantic salmon smolts, or on requirements of essential fatty acids, i.e. EPA and DHA, and minerals like zinc and manganese in European sea bass and Gilthead sea bream including effects on performance, feed utilisation and metabolism. 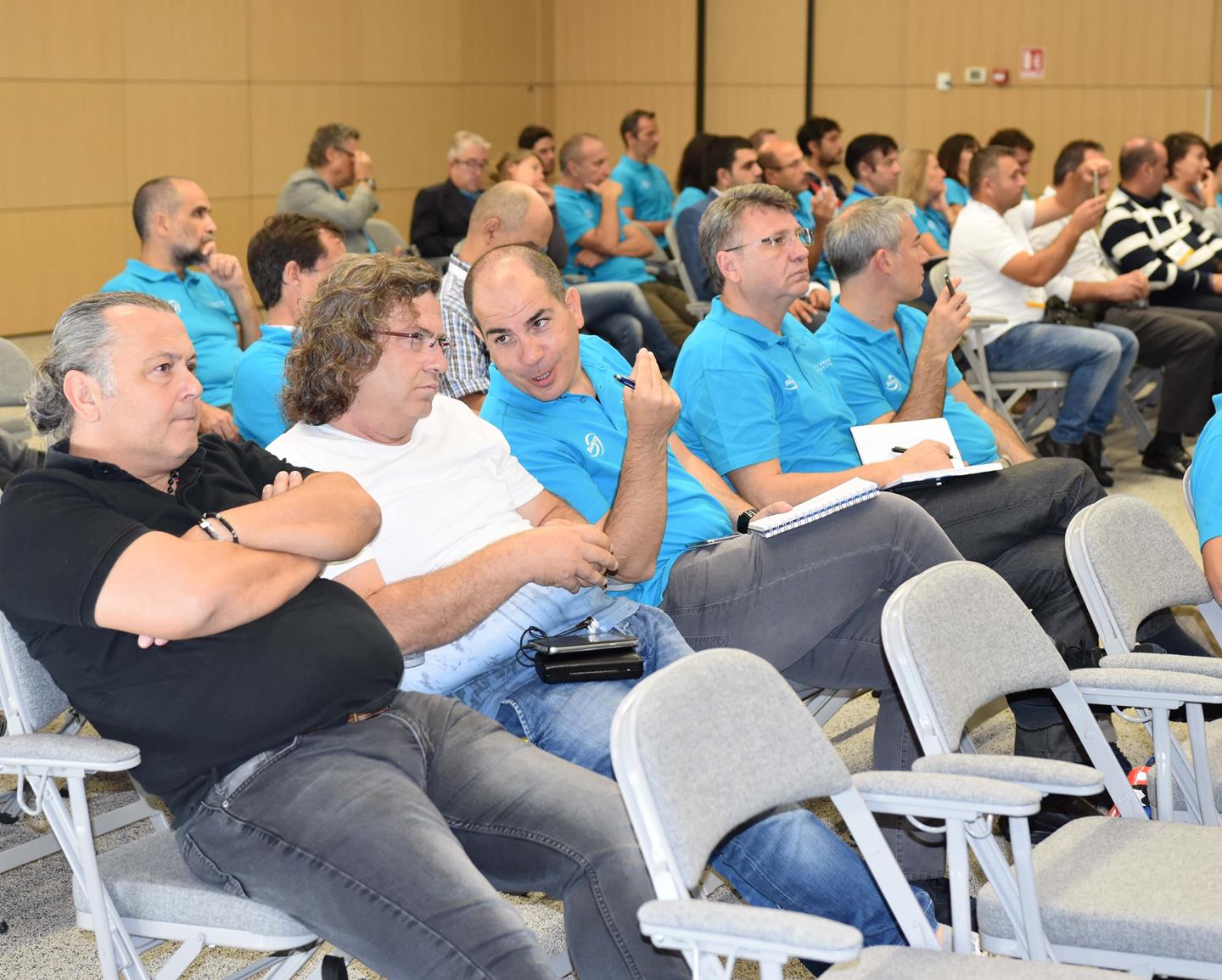 BioMar presented our latest news on functional yeast-based additives in feeds for marine Mediterranean species to a very attentive audience. 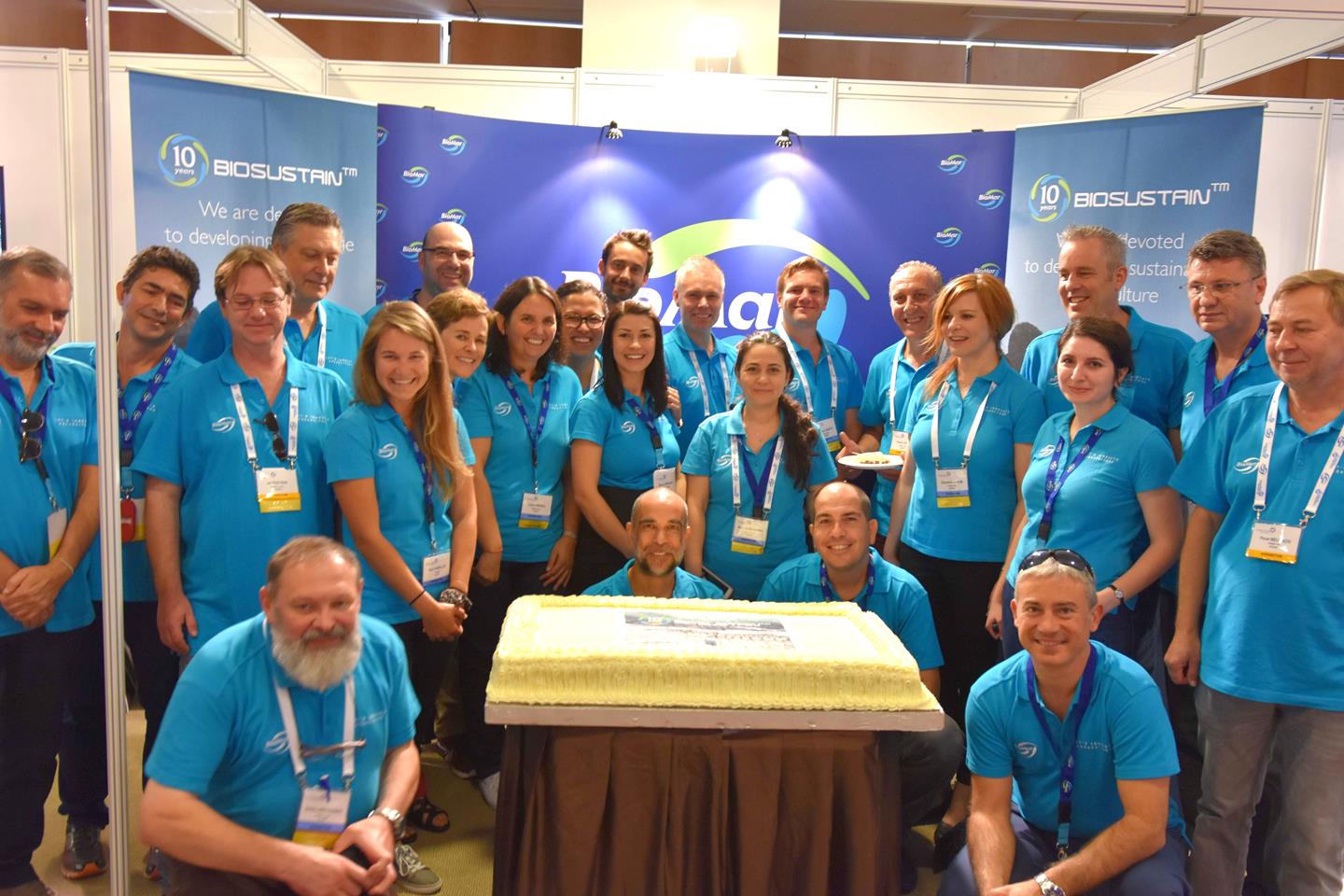 At Aquaculture Europe 2017, Vidar Gundersen, Global Sustainability Director of the  BioMar Group (center standing) and his BioMar colleagues invited everybody to have a share of the huge “sustainable” birthday cake for celebrating the 10 years anniversary of the BioSustain concept. 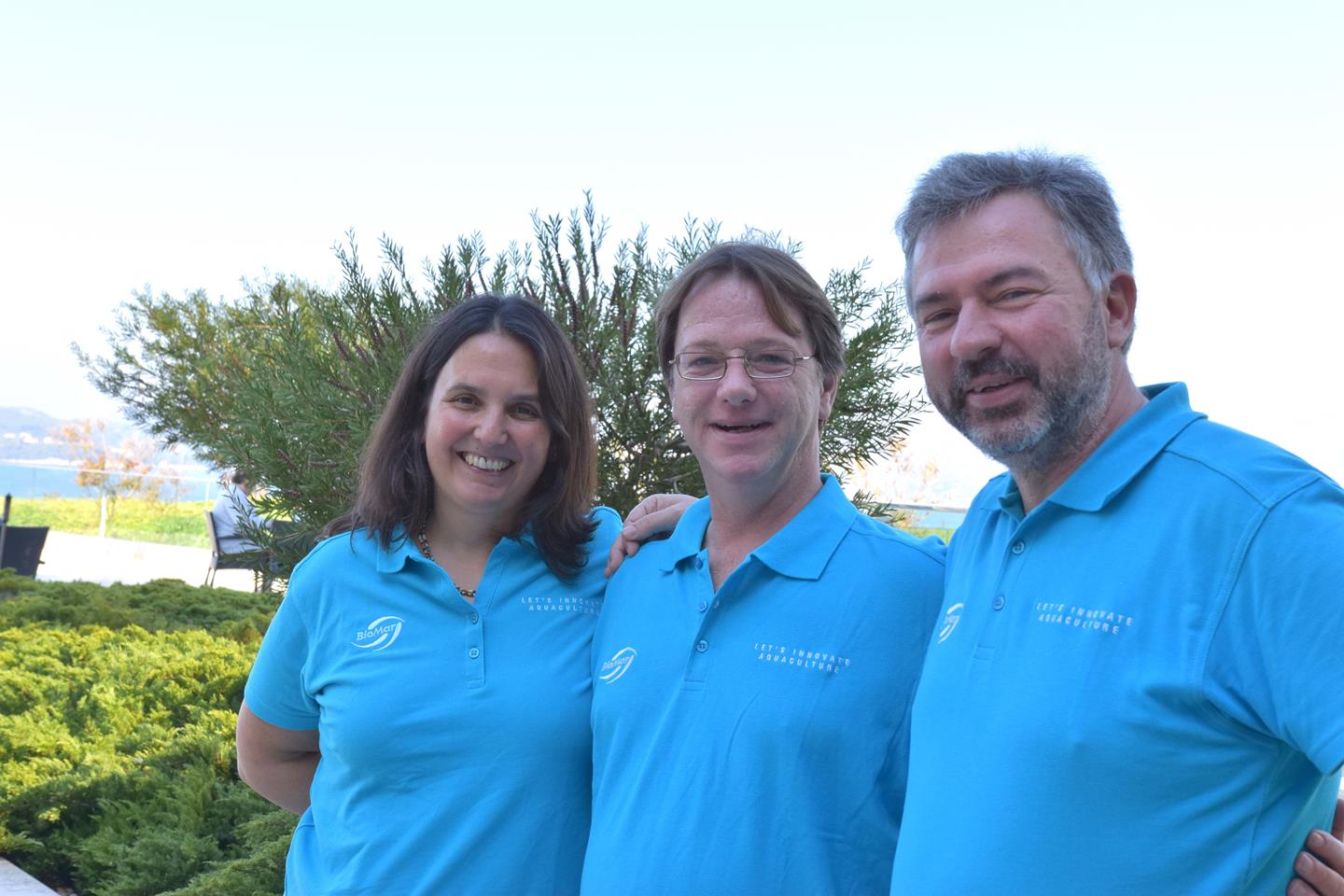