A local distributor of BioMar feeds, Agro World Group, based in Cameroon, Central Africa, has launched operations at the first commercial scale cage fish farm in Congo.  - This accomplishment is a result of one year’s hard work of preparations for BioMar and for Agro World Group and lays the foundations for an exciting future for aquaculture, says Vanessa Paillet, BioMar’s Sales Manager for Africa.

Agro World Group focused on the engineering and installation of cages in the River Mboualé, together with the above-ground infrastructure, whilst BioMar worked on the study and provision of a specific feed for spawning and hatchery to produce the best possible broodstock and fry fish. Today there are 20 grower cages, with an annual production capacity of 150 tons of tilapia and African catfish. In two years’ time this is expected to grow to 120 cages, opening significant new market opportunities in the Central African region.

Fry and broodstock have arrived

The first fry arrived in Congo from Cameroon at the end of January 2018. 30 000 tilapia and 15 000 catfish fry, each weighing 1 gram, were transported by aeroplane, under oxygen. 100 tilapia broodstock also arrived in the cargo. In the future, these breeders will in produce all-male tilapias, which will contribute to creating less work for fish farmers.

Preparing the fish for the journey

According to Vanessa Paillet, the transport operation was a great success with a 100 % survival rate, thanks to an optimized feed intake in the months leading up to the transfer to prepare strong and healthy broodstock and fry to withstand the challenges of transportation, namely BioMar’s broodstock feed EFICO Genio 838 F and larval feed LARVIVA ProStart™ 100 / 200 / 300. 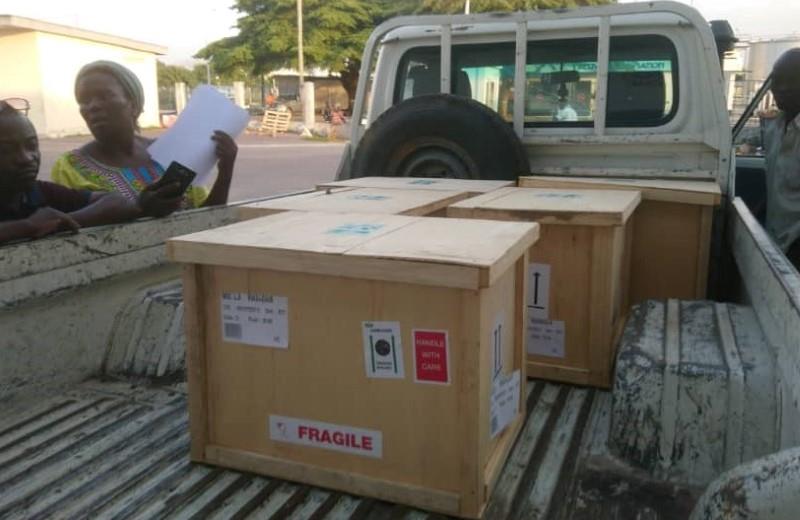 BioMar’s EFICO Genio 838F contributes to high egg and yolk quality to provide larvae with all the essential nutrients needed for a successful development and growth due to increased levels of vitamins. This feed promotes good condition and survival of the broodstock after spawning by formulating with immunomodulating ingredients and Bactocell®.

In top, LARVIVA ProStartTM feeds also include the probiotic Bactocell®, adding to give the best possible start in life to the young tilapia and catfish.

- The fry at the cage fish farm in Congo will now be reared on BioMar’s INICIO Plus 838F fry feed, said Vanessa Paillet and continued: - This floating feed type is formulated to give tilapia and catfish the best foundation for optimal growth in their ongrowing stage. INICIO Plus 838F fry feed now contains B-WYSETM, an innovative yeast derived ingredient.

In combination with the probiotic Bactocell®, B-WYSE™ has proven to be a powerful ingredient that supports the immune system, mucosal barriers and the gut microflora of the fish, thus providing a better fish resilience against bacterial, environmental and physical challenges in the farm, such as handling or treatment side-effects. 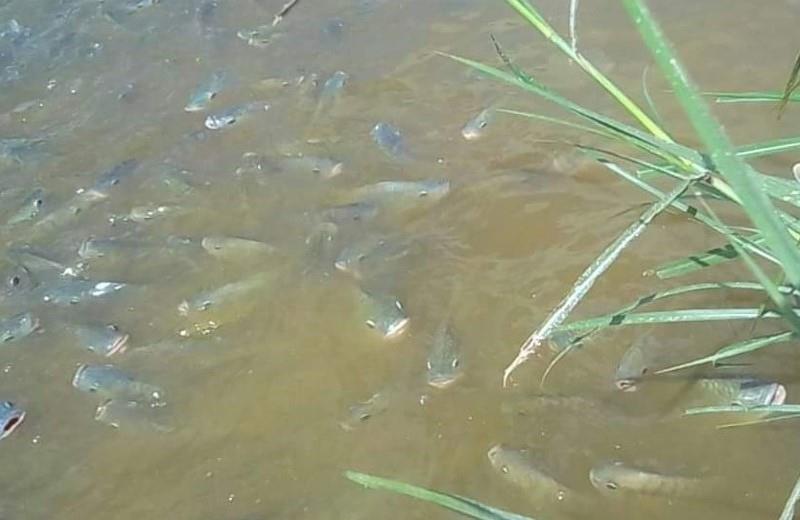 - Projects of this kind are a vital prerequisite to the development and responsible growth of aquaculture in the Central African region. BioMar as a provider of high performing, sustainable and innovative aquaculture feed solutions is open to encourage such development in a viable way. I am excited to see that our joint efforts have made commercial scale cage farming of tilapia and catfish a reality also in Congo, Vanessa Paillet explained.

The article is also available in French