The Alimentsa anniversary event was attended by more than 400 customers and stakeholders from the industry including the Vice Minister of Aquaculture in Ecuador. In an astonishing setting, the history of BioMar and the history of Alimentsa were woven together visually, leading into a shared future.

When arriving to the event the guests were led through a tunnel where a wall-to-wall video entertained about the development of Alimentsa from start-up in a virgin industry to being a leading feed supplier within shrimp in Ecuador. At the main venue the stories became tied together representing the shared dedication to shrimp farming in Latin America and the synergies expected to derive from the acquisition.

All guests attended a formal dinner with speeches from the Vice Minister of Aquaculture in Ecuador, as well as Carlos Diaz, CEO BioMar Group, Alex Olsen, Ex-president of Alimentsa and Danny Velez, General Manager Alimentsa. The speakers were setting the scene for networking and talking about innovation initiatives within aquaculture.  Not at least the state-of-art ATC (Aquaculture Technology Centre) to be built in Ecuador in 2018 was one of the big topics for discussion.

“We strived to make sure all customers and stakeholder could use this evening to get a solid understanding of how our recent acquisition of Alimentsa will benefit shrimp farmers in Ecuador through access to new products and development opportunities. We will be able to strengthen the local agility through access to global resources within innovation”, explains Carlos Diaz, CEO BioMar Group.

At the event BioMar Group were furthermore present with leading experts such as the Global Hatchery Manager, Shrimp Specialists, the Technical Director for Central Americas as well as the Managing Director of BioMar Costa Rica.  Furthermore, regional and global functions were represented at the event.

“It has been an amazing evening. I am excited for the enthusiasm from the customers when talking about the new partnership between Alimentsa and BioMar”, concludes Danny Velez, General Manager Alimentsa. 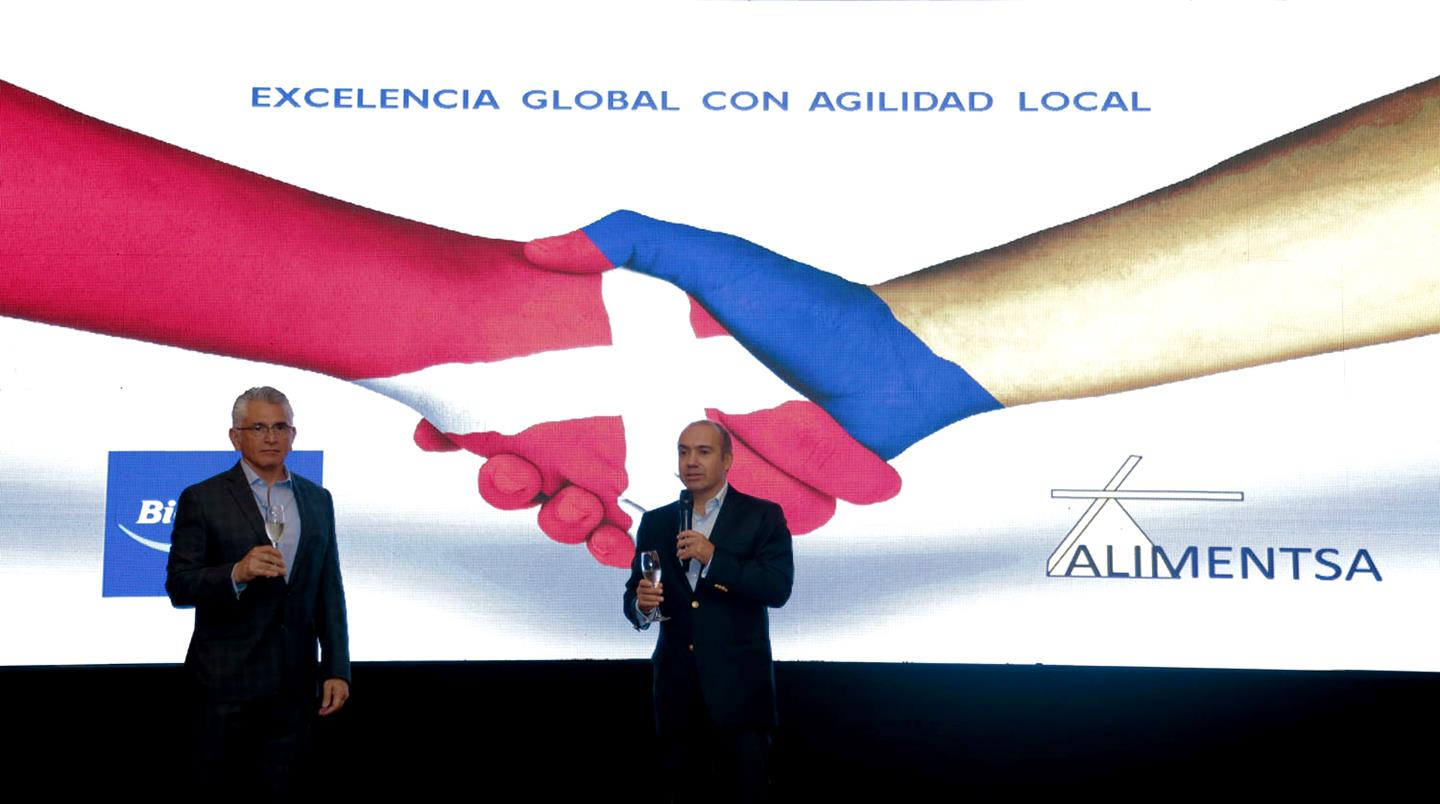