- Bringing focus to the blue journey towards increased sustainability

BioMar launches a new generation of starter and transfer diets for marine species containing B WYSE, a promising new yeast based functional ingredient, developed by BioMar's cooperation partner Lallemand Animal Nutrition. The aim of the new feed range is to boost the performance parameters and keep the health status of the fish at the highest standard, even after the difficult period of transfer from hatchery to the cages.

- Transfer feeds are already commonly used in salmon farming. We are proud that BioMar now is ready to offer the first transfer feed for Mediterranean species, said Michel Autin, Technical Director for BioMar's EMEA Division, when the new feed was presented at the Aquaculture Europe 2016 conference, of which BioMar again was the Gold Sponsor.

In Mediterranean fish farming, the transfer of sea bass, sea bream and meagre from the protected hatchery environment to the harsh environment in the sea cages has always had the risk of losses. - Improving the health status of the fragile fry and improving their resistance against diseases prior to transfer to cages is of great concern, and we now are ready to offer a transfer feed range that brings a small revolution to Mediterranean fish farming, Michel Autin said.

The new generation of BioMar marine starter and transfer feed types, named INICIO Plus M and INTRO Plus MT, are formulated with the inclusion of the two functional ingredients B-WYSE™ and Bactocell®, for reduced deformities, an improved gut health, a better resistance to bacterial attacks (Vibrio spp.) via synergetic immune stimulation and increased mucous production. - Furthermore, the new feeds present a higher Digestible Protein/Digestible Energy ratio without compromising performance parameters while lipid deposits are decreased and the health status of the liver is enhanced, Michel Autin announced.

Stéphane Ralite, Aquaculture Product Manager at Lallemand Animal Nutrition, introduced B-WYSE™, the promising new biologically active product that is being extracted from selected marine yeast by utilising an innovative production process. BioMar has partnered with Lallemand for the development of this innovative product and various trials have shown its positive effects on the health status of both shrimp and fish, including sea bass and sea bream.

The inclusion of B-WYSE™ in the new transfer diets is combined with the inclusion of Bactocell®, a probiotic ingredient that BioMar has applied in its feeds since 2010. This functional ingredient is well-documented for reducing deformities and improving gut health across fish species. Bactocell® was also developed in a cooperation between BioMar and Lallemand and it is still the only probiotic ingredient approved by the EU authorities for the use in fish feed.

- Various test show that the combination of B-WYSE™ and Bactocell® have clear positive impacts on health parameters and by this is perfectly suited to strengthen the fragile marine fry and prepare it for transfer to the harsh environment in sea cages, Michel Autin added.

John Thinsley, Senior Researcher, BioMar R&D, explained how the new combination of functional ingredients impact on the fish: - The first barrier of the fish against external pathogens is the mucus. Strengthening the mucosal barriers in intestines, skin and gills by functional ingredients has a strong influence on its resistance to diseases and parasites. The B WYSE™ formulation provides not only mucus boosting in terms of quantity and quality but also in terms of enhanced immunomodulating and pathogen binding activities. By this, the external barriers of the fish are boosted against environmental threats.

- We are confident that our customers soon will experience the positive effects of this revolutionary new concept as we expect that our new marine fry and transfer feeds considerably will improve survival rates and the health status the fragile young fish and protect them against some of the very common diseases in Mediterranean fish farming, Michel Autin concluded. 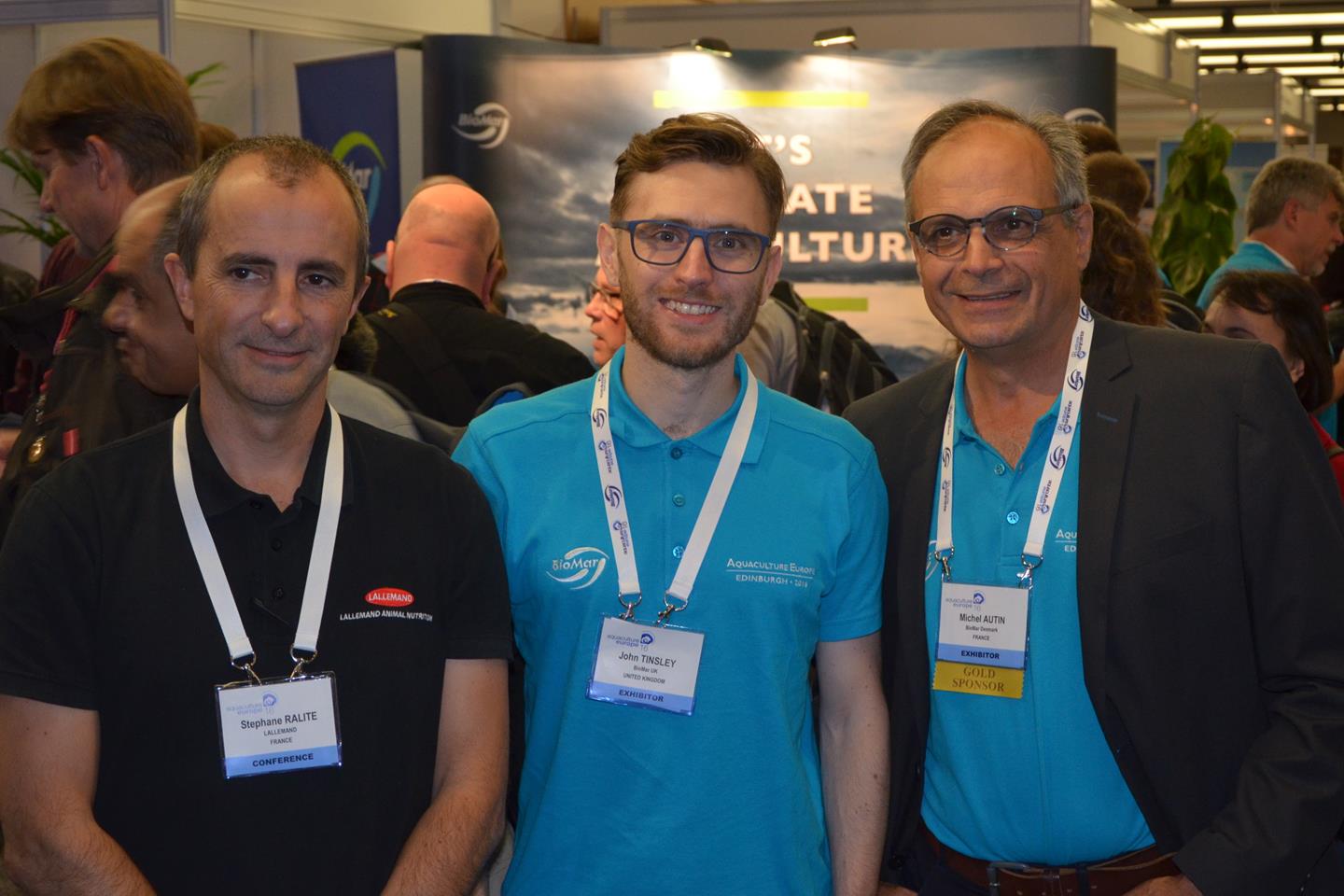