Restoring Abundance to our Oceans

At Sustainable Brands Oceans in Porto, Portugal today Alexandra Cousteau, Environmentalist and advocate for our oceans, launched her Ocean 2050 campaign outlining the blueprint for restoring abundance to the oceans. She has partnered with companies like BioMar to activate projects designed to create the blueprint for the oceans by 2050.

Like her grandfather Jacque Cousteau who famously said, “we need to farm the oceans responsibly”, outlined a plan for how industry can use the ocean while also protecting it. Growing seaweed and farming it offers opportunities to create a sustainable food source for both humans and animals while many strains of seaweed are able to absorb and capture carbon and many nutrients that are a biproduct of aquaculture farming.

“Our Oceans have so much to give and we are underutilizing them. We can farm aquaculture offshore and plant various strains of macroalgae that are full of vital nutrients, but of course this all needs to be done in a responsible manner. BioMar with its drive towards sustainability and its research development capabilities and partnerships are well positioned to set a sustainable agenda targeted to restoring abundance to the oceans”, said Alexandra Cousteau, Oceans 2050, while at Sustainable Brands Oceans. 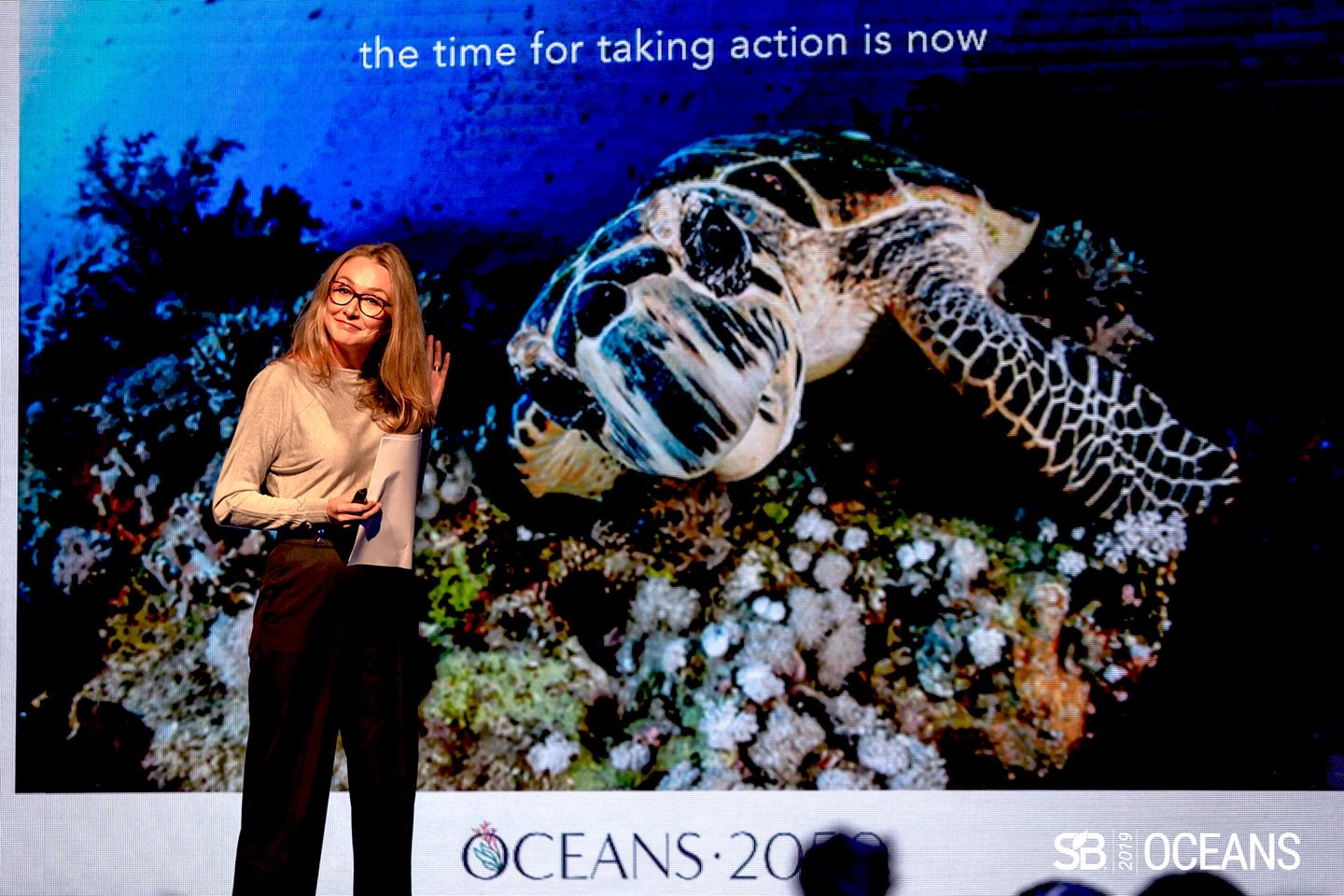 BioMar along with IBM Food Trust, Kvarøy and Tellspec will today show a seafood case study talking about how the digital age is affecting consumer product choices. These companies all offer digital solutions that promote transparency of information to distill trust and in some cases can prevent fraud.

“With our new Discover tool, we now offer full transparency so consumers can make informed seafood choices and gain trust in the product. The tool highlights amongst other things; nutritional value, the origin of feed ingredients and the environmental impact of aquaculture production,” said Vidar Gundersen, Sustainability Director at BioMar.

The tone of the high level delegates at the conference is one that sees the oceans and aquaculture forming part of the solution to climate mitigation. To ensure the responsible use of the oceans several NGOs including Greenpeace, WWF and Oceana are in attendance and discussed the need to create marine protected areas for at least 30% of our oceans by 2030.

“In today’s world for companies to be known as sustainable, simply following the regulations is no longer enough. We are seeing more and more companies committing to an ambitious sustainability agenda. One example is the krill industries voluntary measures to protect breeding areas for the penguins in the Antarctica,” Frida Bengtsson, Greenpeace Nordic.

In March 2018 Greenpeace launched its Protect The Antarctic campaign calling for marine protection in the Antarctica, by the krill industry. Aker BioMarine, BioMar and several UK retailers worked together with other stakeholders on the process and in less than 3 months the krill fishing industry agreed to set up voluntary measures to protect critical areas for breeding penguins. This way the area became protected while they work on an agreement as the regulation process could take several years. For the fifth year in a row the Sustainable Fisheries Partnership has given the Antarctic krill fishery an ‘A’ rating (SFP), meaning its krill fishery is in “very good” condition.