Globally, drinking water is a very scarce but a vital resource. Even though this is not a problem in most areas where BioMar operates, we do affect the consumption of this scarce resource by purchasing raw materials that are responsible for considerable water consumption in the countries of origin. These countries are often in areas where water shortage is critical. We address this by sourcing raw materials with respect to international guidelines and certification schemes, in which responsible use of water has a high priority. 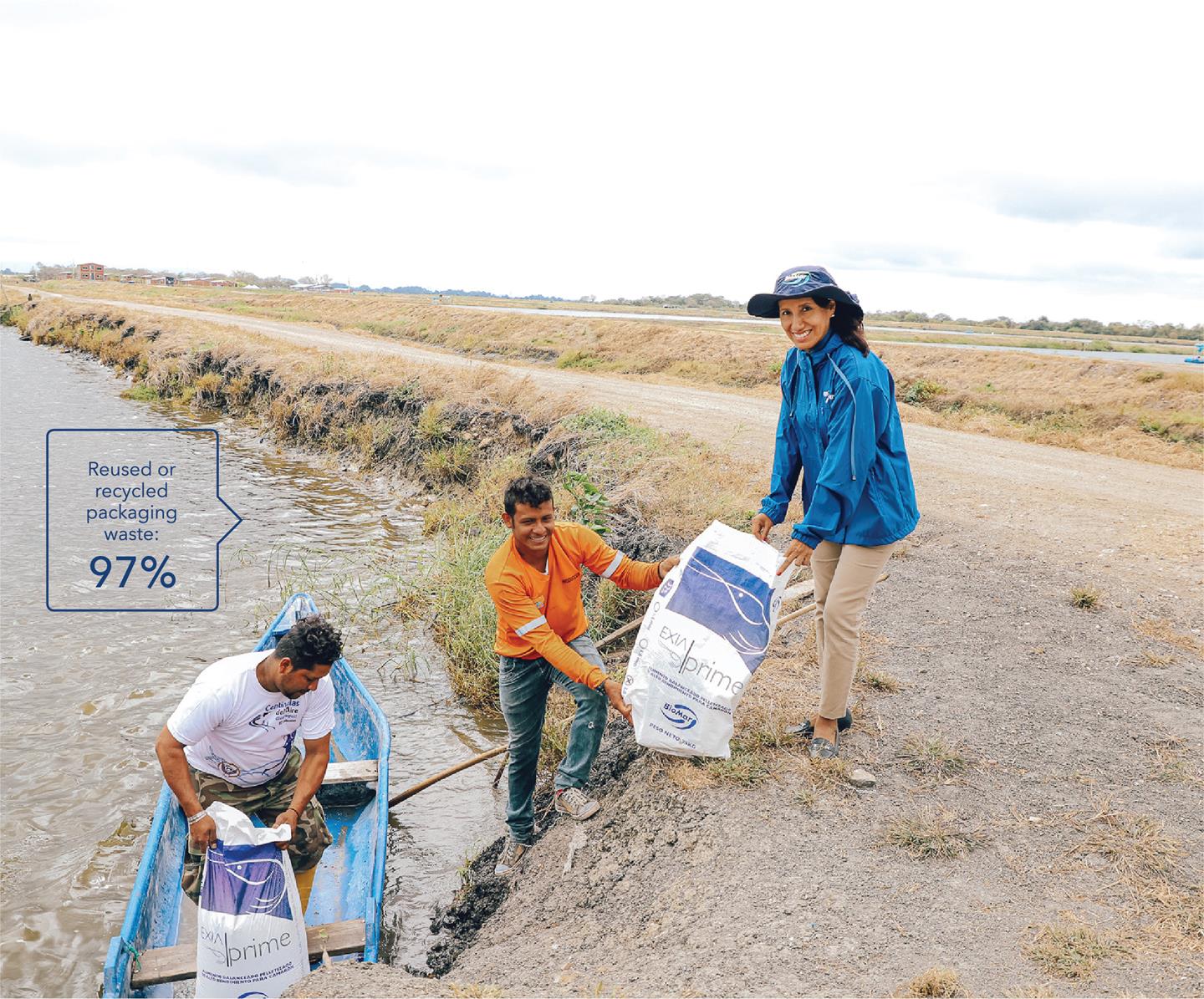 As a part of life cycle thinking, BioMar supports the waste hierarchy view. The five stages of the hierarchy, ranking from the most favoured prevention via the three Rs (reuse, recycle and recover) to the disposal of waste, are implemented as part of the quality management system at all BioMar manufacturing plants, as well as covered in the ISO 14001 standard.