- Bringing focus to the blue journey towards increased sustainability

The work in research and development of BioMar Chile carried out in the ATC Patagonia began on the right foot in its second year of operations. Both with the number and quality of trials carried out at the center and with the high caliber of researchers who visited the country.

The R&D team in BioMar Group began its second year of operations at ATC Patagonia after the announcement by the company in February 2017, of the increased investment in local Research and Development. An agreement that resulted in this new entity that has become part of the BioMar network of innovation excellence around the world. Research capacity reached 75% during 2017 with a total of 12 projects in 3 species (Atlantic Salmon, Rainbow Trout and Coho Salmon) at different life stages and in some cases reaching harvest size.

From Chile to the world

As part of the network of research in BioMar, the ATC Patagonia facility is used by researchers from our R&D base in Trondheim, Norway. The research undertaken is in accordance to the technical requirements and protocols defined in each project, independently of the target market for the research.

This flexibility of the center enabled us in 2017 to unify under the same roof, research related to feed performance, fillet quality, development and control of raw materials, as well as research in the health area where the SRS and use of probiotics took up most of the activities. Around 50% of the trials were associated with improving performance while 20% was dedicated to fillet quality and the last 30% was distributed among the health and raw materials areas.

From a financing point of view, through the Law No. 20,241 of Tax Incentive for investment in Research and Development (R&D), in 2017 Corfo (Development Corporation) certified projects for a total of 740 million pesos.

From the World to Chile

The contribution of the ATC Patagonia was not only in research itself but also to the 'dialogue and scientific discussion' among different stakeholders linked to aquaculture production in Chile. Our Science On program saw 13 scientists participate and share knowledge within the salmon industry on aquaculture research topics in health, nutrition and other fields over the last year in Puerto Montt. Researchers belonging to global BioMar R&D presented, in four workshops their latest results and applications in diets for salmon and trout at various life stages in freshwater and seawater, as well as in the health area, creating an environment of open dialogue. "One of the positive externalities that we hoped to achieve by increasing investment in research in Chile was to bring our researchers closer to our customers, and this expectation was achieved with success", said Michael Adler, Technical Director of BioMar in Chile.

At the end of last year BioMar Chile began construction on our own offices and general facilities in the same location that ATC Patagonia operates. "Part of the agreement confirming our investment in our own research facilities in Chile was the creation of own spaces for BioMar Chile activities. That stage of the project has already started and we hope to see results soon", said Michael Adler.

"As for the industry in general, 2017 was a good year but not without its challenges. This first year of operations at ATC Patagonia was also similar. It was challenging to complete the agenda for the first twelve months of work, in addition to the workshops and meetings around R&D. However there was an effort made from the Technical and Commercial areas that resulted in concrete actions and advances. We are proud after a positive and great year of work", expressed the general manager of BioMar Chile, Eduardo Hagedorn.

BioMar has initiated its second year of operations in research and development from ATC Patagonia in Chile, with a full years plan with trials schedule for the rest of 2018. The facilities and resources available are already allocated, but not only with R&D activities, also with work from the Technical Area of ​​BioMar Chile that will see activities in product validation, from the point of view of performance and digestibility. 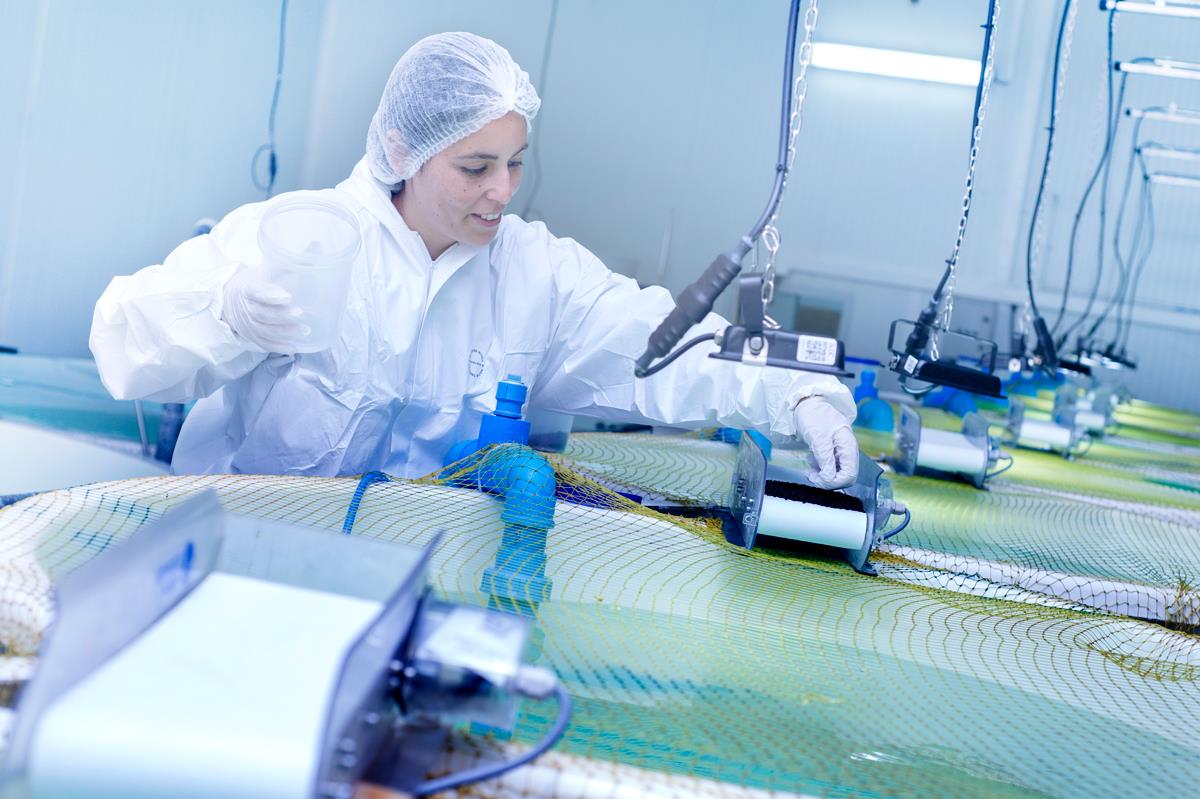