Pre-smolt received trial diets for 8 weeks in freshwater before being transferred to the sea. The infection was introduced directly after their transfer to seawater. To simulate a natural transmission of infection, infectious “Trojans” were used.

Following their transfer to seawater, each group of fish was divided up into four cages to increase the statistical significance of the experiment. Regular sampling was carried out over a period of 14 weeks after infection. 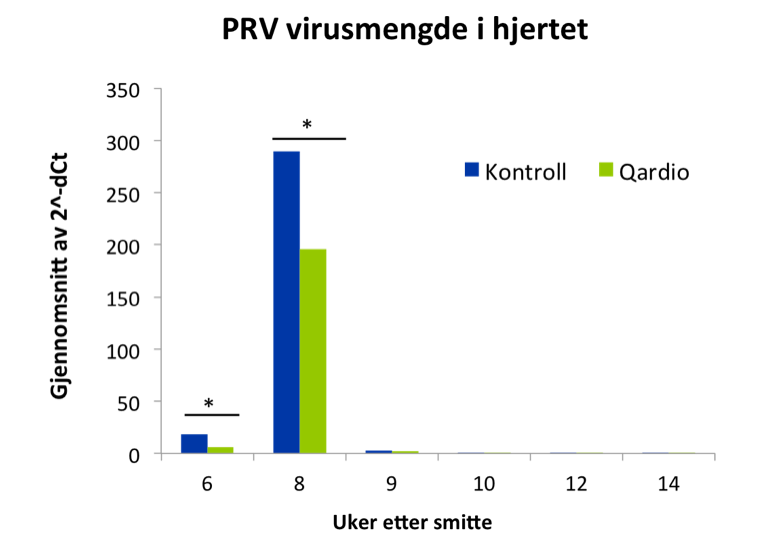 Virus concentration (PCR) in the heart peaked about 8 weeks after infection. At this time, the research group had a significantly lower viral load than the control group at both weeks 6 and 8. 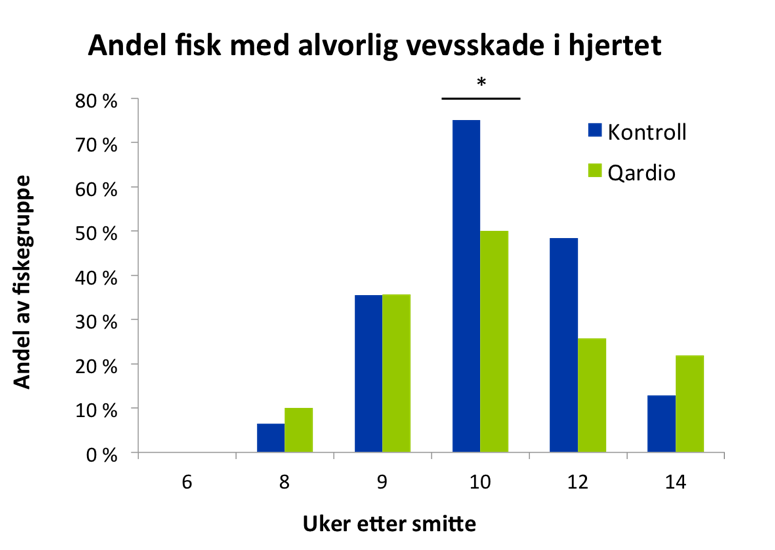 Tissue damage reached its peak after about 10 weeks, two weeks after the virus peak. It was observed here also that there was at a significantly lower level in the research group. 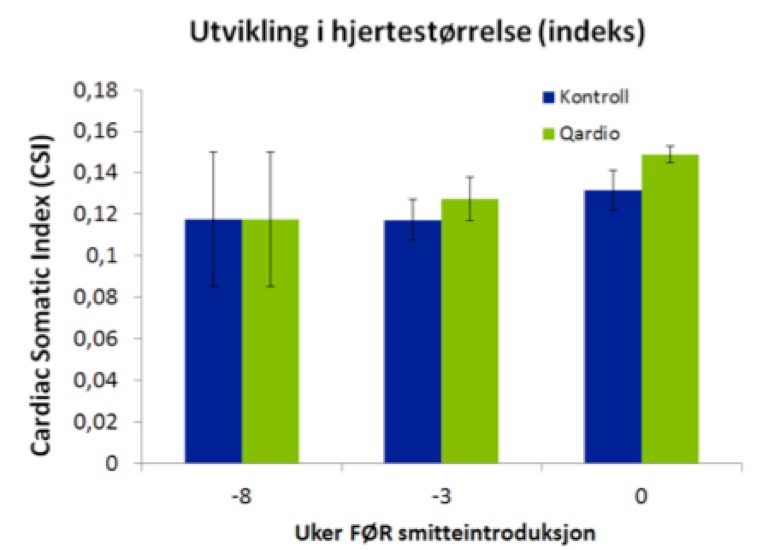 The research group developed a relatively greater heart size through the feeding period. This was measurable after both 5 weeks and 8 weeks of feeding. Note that this is before the introduction of infection and thereby purely the result of nutrition. 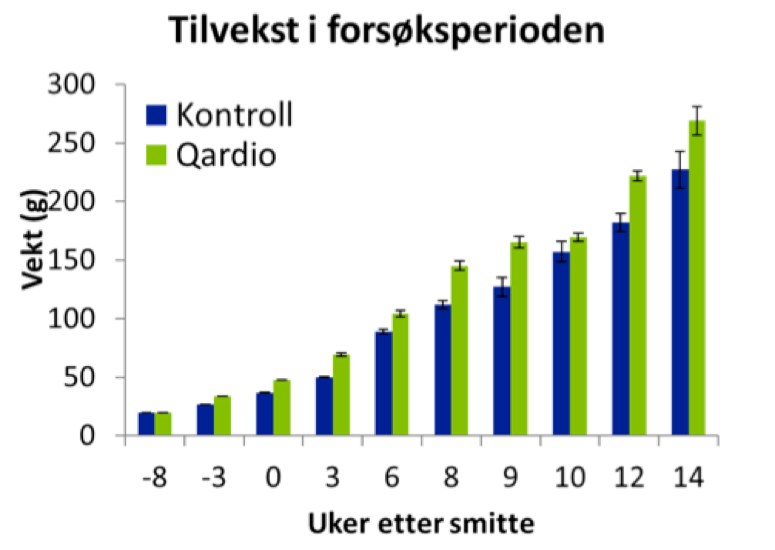 At the start, the average weight of the groups was approximately equal.  The research group experienced consistently greater growth in body weight throughout the feeding experiment.  (This may indicate increased appetite or increased utilisation of energy in the feed.  Not performance, but conclusion) 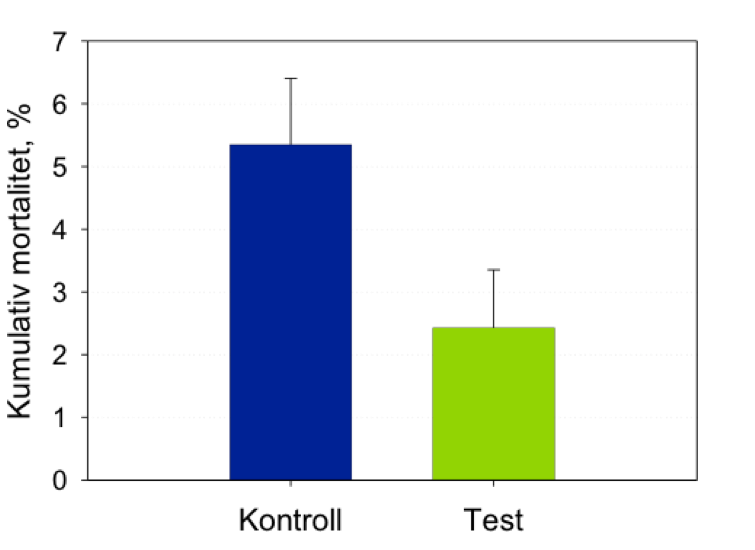 The group that had received Qardio had significantly lower cumulative mortality at the end of trials than the control group.