The world's population is growing. Rapidly. We need food production that can replenish itself. Sustainability has become a question of life and death.

We will soon need double the amount of food and water

The environment cannot tolerate double the amount of meat production.

Food production is currently responsible for majority of the world's emissions. Most of these come from the production of meat. If our future food needs are to be covered by increased meat production, food production alone will fill all the quotas set for the year 2050.

The consequence is that meat production must be reduced rather than increased as a result of the population growth. 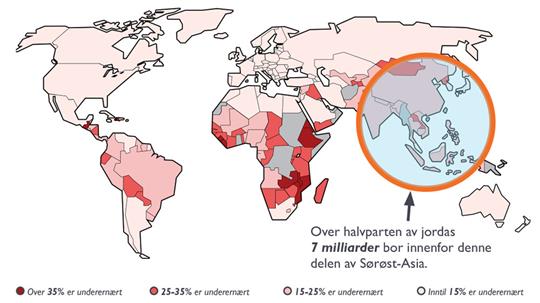 The Population of the World

This is how quickly the world's population is growing

This is how quickly the world's population is growing

In the course of the last two hundred years, the world's population has increased sevenfold, from one to over seven billion. Before the year 2050, the UN expects this figure will probably grow to over nine billion. This will require a billion extra tonnes of grain and an extra 200 million tonnes of meat. 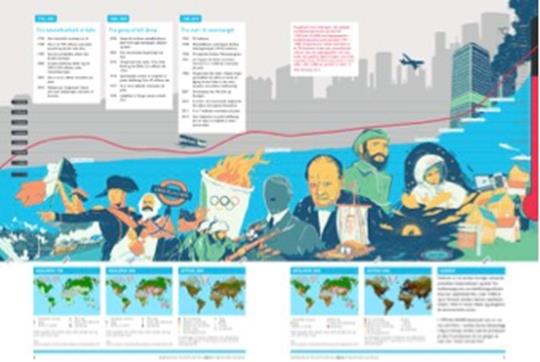 There is room for more

There is room for more

There is room for more – but do we have water for everyone?

Almost a billion people today don't have clean drinking water, while 70% of the world's freshwater is used for livestock and agriculture. The problem increases with climate change and droughts that contribute to reducing agricultural production.

We must produce more food with less drinking water

The production of animal proteins, such as cattle and pigs, is not sustainable in a world that lacks water. A single kilo of beef uses over 15,000 litres of drinking water, and could hardly be a frequent menu item when we need to feed two million more than we do currently.

Over the next few decades, we must replace today's consumption of animal proteins with marine proteins.

On the path towards a sustainable diet?

The world needs more food. Much more food and it must be obtained from the oceans. The oceans cover vast areas and have raw materials and resources. For example, Norway, the world’s biggest salmon farming nation, already produces three times as much food at sea as on land.

Aquaculture is one of the least resource-intensive forms of food production. Increased production from the aquaculture industry can solve many of the challenges.

But at the same time, the industry is facing a new challenge: Can we produce much more fish than we do today and still be sustainable?

The challenges is today's salmon farming industry are first and foremost associated with salmon lice. BioMars produces salmon feed that restricts the impact of salmon lice and also feed for cleaner fish.

Fish and the health of the population

FRESH FISH IS THE KEY TO MORE THAN A GOOD ECONOMY

FRESH FISH IS THE KEY TO MORE THAN A GOOD ECONOMY

The Norwegian Directorate of Health provides dietary advice and recommendations for promoting the health of the population.  It recommends that we eat fish for dinner two to three times a week and preferably that we consume fish even more.

This advice corresponds to a total of 300-450 grammes of pure fish a week, i.e. two to three dinner-sized portions. At least 200 grammes should come from fatty fish such as salmon, trout, mackerel or herring. Six spread portions of fish such as mackerel roughly equal a dinner portion.

Good fish health means less sickness, lower mortality and less wastage. This is good resource management and increased production of healthy fish means there is more to eat. This benefits both the health of the population and the nutritional situation in the world.